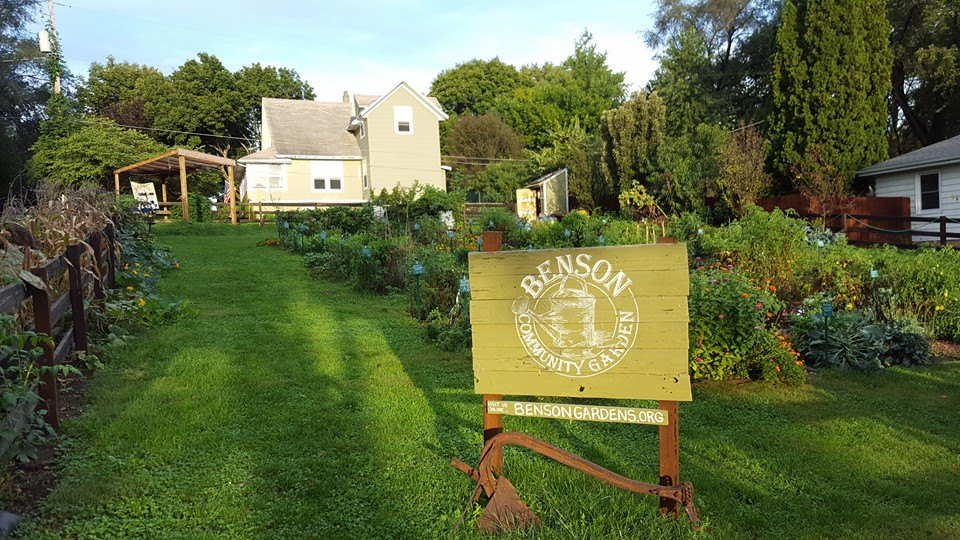 Founded in 2010, the Benson Community Garden provides space for individuals and families to grow fruits and vegetables for their personal consumption.

The garden is located on privately owned property at the corner of 60th & Lafayette Streets in Omaha’s historic Benson neighborhood.

We also feature the “Earth Stage” for live performances and educational offerings.

“…to strengthen our community by providing an urban agricultural space where individuals and families can come together to grow farm-fresh foods, share tools and resources, and learn about gardening and nutrition.”

OMAHA WORLD-HERALD | SATURDAY, JULY 23, 2011Every year, the Douglas County Health Department asks community gardeners, “What is the purpose of your garden?” The most frequent answer is to meet the neighbors and, together, to build a sense of community, said Mary Balluff. She’s division chief of community health and nutrition services, which conducts the survey for its parent, the health department.The chance to build community also is a top reason given during interviews with people who were instrumental in establishing a neighborhood garden.“I think it’s the neighborhood and community aspect of people and families” that makes the 10-year-old Gifford Park Garden successful, said Chris Foster. It’s an outdoor community center, he said.Foster and his wife, Sallie, own the land that’s home to the garden at 35th and Cass Streets. When people live close to the garden, “it adds to the success,” Foster said. “It’s their garden — the community garden.”Kurt Goetzinger lives next to and owns the land where the new-this-year Benson Community Garden sits at 60th Street and Lafayette Avenue.“I’m investing in the community by doing this,” he said. The garden has introduced him to 100 more people in Benson, he said, and he has noticed friendships forming among gardeners. READ MORE > 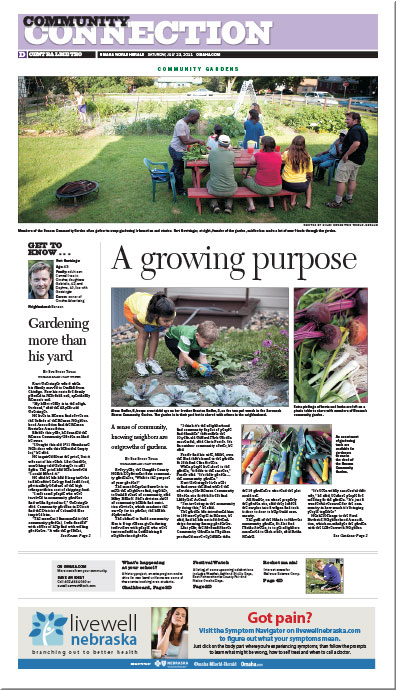